The crossover of birding seasons evident on the South Yorkshire moorland edge this Easter. Flocks of Fieldfares remained working the hillside fields now showing a bolder plumage as summer creeps forward. As they foraged the first Swallows hawked insects overhead and a passage Sand Martin noted way up a moorland Clough. Nearby, Chiffchaff sang from a valley bottom, a site where Willow Warblers returned as April hit double figures. Listening to the different songs of these Phylloscopus lookalikes during snow showers was a little different to the usual Springtime scene, and nearby returning Ring Ouzels had become less vocal at their summer home as the weather deteriorated. The 'Mountain Blackbird' featured as the period progressed, birds back on territory with singles appearing at staging grounds after the Easter weekend. On one day a group of 3 alighted briefly before flying up into the moors. The increased sightings coincided with a push of Ring Ouzels nationwide. 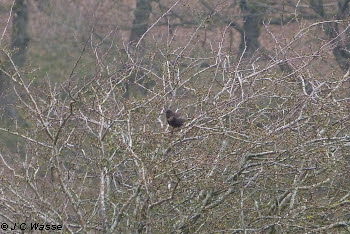 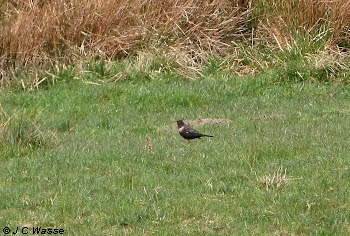 A large flock of about 200 finches split unevenly between Siskins and Lesser Redpolls dwindled over time. They fed amongst the conifer treetops of a moorland reservoir and were joined by nomadic Crossbills that would show most days in varying numbers as part of the mixed finch flock or on their own. Although at least 75 in the area and possibly more, views were often of a regular dozen or so perched up for a while before flying further into cover or commuting between neighbouring reservoir conifer canopies. One day saw Bramblings on the move, not many but nice to pick out at a handful moving north during a watch. An unusual commuter between such moorland reservoirs was a female Mandarin Duck that 'wheezed' overhead  one morning along the Crossbill flight path. Present at similar sites about 10 mies away maybe their range is expanding along this moorland edge.
Meadow Pipits were 'in' and one day there seemed to be a passage from the East. Many Curlews present 'bubbling away and doing their finest Curlew-raptor impressions over the ridges, a couple of pairs of Oystercatchers were in one area that hosted several displaying Snipe. It's larger relative the Woodcock started their roding at dusk over the conifer canopy with one seen flying from cover in the middle of the day. One pair of Golden Plovers displayed over a moor, their haunting song carrying for miles, and yet only a couple of miles away a flock of a hundred or so remained 'wintering' before presumably heading to higher latitudes in the coming weeks. 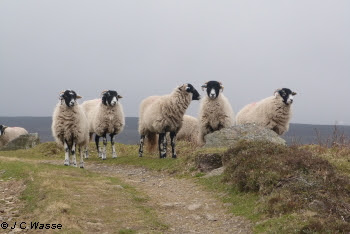 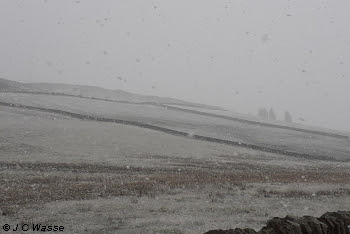 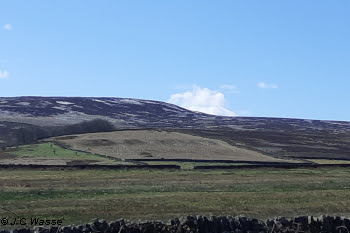 Passage cream crown Marsh Harrier was early but nevertheless nice to see, and more expected for early April, a migrating Osprey. I was lucky in being in the right place at the right time as just before midday on 09 April 2021 looking along a moorland edge a large raptor with brown upperwings and a gleaming white "headlight" drifted into the light breeze heading towards me, before crossing the valley and heading north. Wasn't expecting it to pass through so low instead of soaring overhead. A lack of heat presumably a factor for its behaviour as whilst it was sunny it was very cool, verging on cold for the time of year. As they've done so in the past this Osprey didn't hang around. 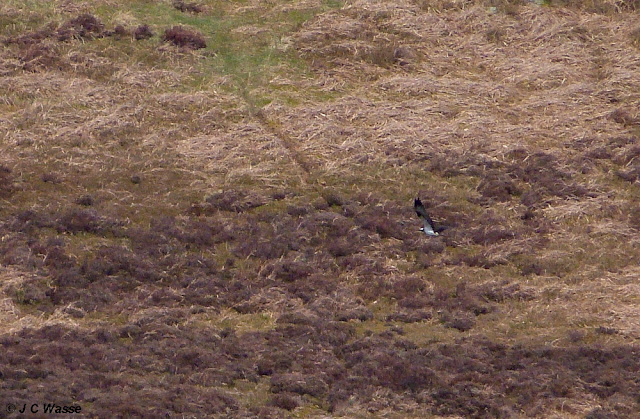 Away from the uplands caught up with the lingering Iceland Gull in the lowlands at Old Moor RSPB as viewed from Warbler Way from where a Cetti's Warbler could be heard blasting out its song from across the river, on the reserve. Views of a Red Kite, one of two blogging the reserve, was a much welcome 'Wath Area' tick No. 198.

Yellow-throated Warbler Setophaga dominica
Elusive, best picked up by its quiet warbling song, this striking Warbler is usually found alongside Pine Warblers with the hotspots listed for that species good for this striking Warbler as well. The yellow-lored (dominica) subspecies breeds in southern New Jersey and I manage to catch up with the white-lored subspecies (albilora) on one occasion at Cape May Point State Park in May 2014. I believe the latter breeds in NW New Jersey (from Bill Boyle's The Birds of New Jersey).

Prairie Warbler Setophaga discolor
Reasonably abundant along field edges, a well marked Wood Warbler with its Yellowhammer like song.
Black-throated Green Warbler Setophaga virens
A very smart summer visitor to be found on passage at Cape May. As with some American Warblers has typical and alternate songs.
Canada Warbler Cardellina canadensis
Tricky to see. Possible at High Point State Park, Northern New Jersey on World Series day, a singing male heard deep in cover on at least one occasion. Encountered at the migration hotspot of Garret Mountain. The one shown below was at Cape May Bird Observatory during a cracking fall of migrants one morning in May 2018, a morning where you didn't know where to look next as scarce and rare birds seemed to be everywhere!
Wilson's Warbler Cardellina pusilla
A dainty Warbler, not common and when seen on passage you know it is or will be a good Warbler day. Always looks very slender.
Yellow-breasted Chat Icteria virens
Is it a Warbler? For the sake of argument taking the historical view of an oversized 'Wood Warbler'. With its boldly marked yellow breast and its croaking song that would make a Great Reed Warbler jealous, this giant is a joy to see. They can be elusive hiding away in hedgerows and then perching out in the open on reaching full song. Also, the will it or won't it be 'in' for World Series day, and will back up sites deliver if it's not back at Higbees?
Posted by J C Wasse at 7:41 pm