Back birding at Rainham RSPB walking the long route from Rainham railway station to the reserve taking in the Stone Barges and Wennington Marsh. On the way to the Stone Barges a Great Spotted Woodpecker was noteworthy flying into a tree on the marsh by the railway station known as Rainham 'north'. The marsh known as Rainham 'west', south of the A13 and west of the Silt Lagoons, was quiet with a couple of calling Cetti's Warblers noted. The 5 'common' gull species present at low tide at the Stone Barges and several with 'bling', but the keen westerly wind made noting the details of the colour-rings impossible. A Rock Pipit was present and 4 Black-tailed Godwits flew upriver. 19 'Blackwits' were roosting west of Aveley Bay and Coldharbour Point held the wintering Ruff. Moving on and the highlight of the day for me was the 1st winter Caspian Gull present with 50 or so large gulls roosting on Wennington Marsh. This distinctive bird stood out and views allowed for comparison with similarly aged Herring Gulls as they swam together and also walked side by side. Marsh Harriers flew over the marsh/silts and Buzzards were over the A13.

On the reserve the Dunlin flock swirled around at high tide and at least 11 Curlews roosted. An Avocet moved from Aveley Bay to Purfleet Scrape on the rising tide. Loads of duck present on the reserve and the fine weather saw Teal displaying. 2 Ravens frequented the reserve mid afternoon and the Brown Rat shown opposite made the Reed Buntings visiting the woodland feeders feel a bit nervy. Stonechats present and a couple of Rock Pipits flew towards the MDZ in the afternoon. The Cordite store was very quiet.

Two visits to Rainham Marshes RSPB over the weekend, and a wintry feel to the place. Lots of Gulls around the Stone Barges/landfill but I couldn't pick out any of the scarcities. Peregrine flew over on Saturday and nearby Wennington Marsh held at least 3 cc Marsh Harriers with 2 circling Buzzards on the same day. Stonechats and Cetti's Warblers added to the mix and Song Thrushes and Redwings were particularly evident.

Sunday was WeBs count day and I covered the shoreline from just west of Stone Barges down to the RSPB centre. 200 Redshank, 15 Black-tailed Godwits, Ruff, Snipe and Curlew were seen with a variety of ducks, but, the above were, perhaps, overshadowed by 4 Egyptian Geese flying up river between Aveley Bay and Coldharbour Point. On the reserve over 200 Dunlin graced Purfleet Scrape alongside lots of Snipe, Lapwing and Golden Plover. This scrape, viewable from the centre is coming into its own. Along the northern boardwalk the Water Rail in the photo was showing nicely on Sunday attracting loads of regulars and visitors alike. Several Rock Pipits along the shoreline between Stone Barges and the RSPB centre and a smart Water Pipit showing and calling near Coldharbour Point. A subtle 'wist' compared with the 'weest' of the "Rockit".
Posted by J C Wasse at 8:34 pm

Back home in Yorkshire for Xmas and New Year and managed a fair bit of birding paying particular attention to the Barnsley/Sheffield moors and the gull roost at Anglers CP just over in West Yorkshire.
A handful of visits to the Anglers CP gull roosts produced regular sightings of 'Psycho' the adult Yellow-legged Gull, who could be picked up on its mewing like call, and similarly a regular and stonking 3rd winter Caspian Gull. One evening saw 2 (1st winter) Iceland Gull present, and another of an adult Mediterranean Gull which settled all too briefly on the rocks in front of the hide. Wintering Goosander and Goldeneye were present but the range of wildfowl played second fiddle to the Larids. This site is getting excellent coverage and regular updates can be found at Barnsley Bird Sightings.

The moors yielded erratic raptor sightings. Didn't connect with any Rough-legged Buzzards that had been present before Xmas but saw Red Kite on 2 visits, a handful of Common Buzzards and a Merlin hunting over the picturesque snow fields. A Brambling flew over Ewden Heights and Stonechat rested on the stone walls nearby on one visit. 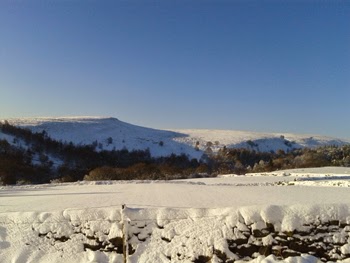 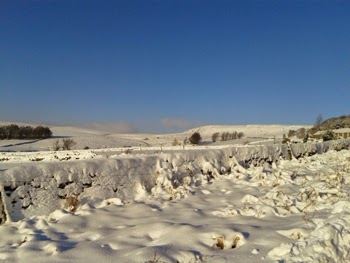 Went to Old Moor RSPB only once, the day after the snowfall. Quiet at this time of year with a group of Goosanders looking very smart, as always, a Little Egret looking very unseasonal and the feeding stations packed full of passerines.
Further afield birding included twitching the Blyth's Pipit and 'Thayer's' Gull at the hot spot of Pugneys CP and surrounds, An Iceland Gull present near Dewsbury at the original haunt of the 'Thayer's' Gull sat on the refuse site roof in the cold winter sunshine. I twitched the East Yorkshire Little Bustard on New Year's Eve mid afternoon and after seeing the 'mega' caught up with the wintering Rough-legged Buzzard at Grindale. Saw this stunning raptor a couple of days later as well and a minimum of 8 Mediterranean Gulls were present up the road at Holbeck, Scarborough. I dipped Kumlien's Gull at Wheldrake Ings in the New Year but was compensated with flyover Peregrine and a local Barn Owl prior to dusk.

For more photos from this period please click on 'Latest UK Bird Photos'.
Posted by J C Wasse at 10:23 pm

Connected with the putative Thayer's Gull in the roost at Pugney's CP on Sunday 28 December 2014, record shot below, having seen a juv. Iceland Gull at Ravensthorpe earlier, also shown below.

Struggled with raptors on the South Yorkshire moors, no sign of any Rough-legged Buzzards between Xmas and the year end.

Twitched the East Yorkshire Little Bustard on New Year's Eve and late in the day finally saw a Rough-legged Buzzard at nearby Grindale, both shown below. A Kestrel was jealous of its hovering abilities and buzzed it forcing it further from the road. 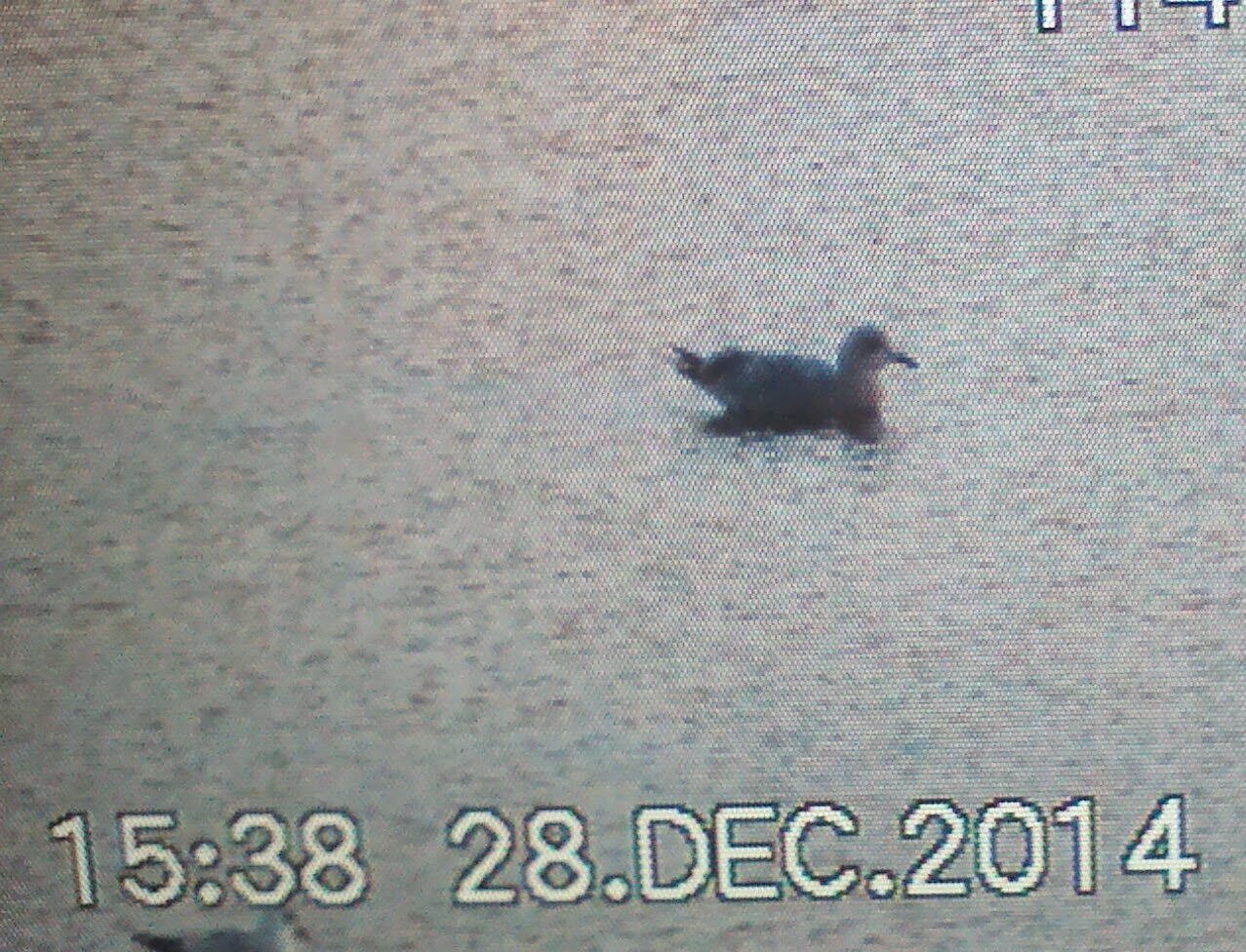