Back home for May Day Bank Holiday weekend and a Saturday afternoon up on the South Yorkshire moorlands where a Ring Ouzel sang alongside Stonechats and the afternoon sun brought out a basking Common Lizard.
Willow Warblers in full song in a moorland Beck and the heather packed with Meadow Pipits. Up high a Red Kite tangled with Buzzards, one of which was a pale form. After 4pm a raptor low over the moor flying away flashed white underside, thought it was the pale Buzzard, but it didn't look right. I kept on it and it soon started to gain height and circled in the valley drifting north, revealing itself to be the equal top raptor in the World, an Osprey, sharing top position with Goshawk and Eleonora's Falcon. The latter not (yet) on the Barnsley list. The Osprey had probably flown W up the Beck and then drifted out over a Clough. A local Buzzard had seen the migrant raptor, flew in to investigate and after a bit of a tangle they drifted apart. The Osprey didn't seem to know where it was going, headed NW then it came back S and then more determined it flew strongly to the SW towards the reservoirs over in Upper Derwent Valley. 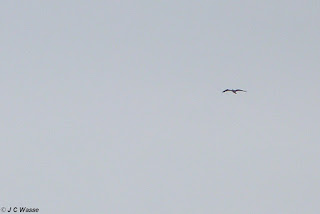 A bit of twitching on Sunday, connected with the immature drake King Eider on the coast at Marske-by-the-Sea, a Yorkshire tick. It showed well in calm conditions but whilst fairly close in it was a challenge for a phone scoped record photo. A scan to the left and a group of 3 Red-throated Divers had a Black-throated Diver alongside with a Great Northern Diver just a scope's width to the left. Are Great Northern Divers getting more commonplace wintering on the North Sea coast?

Late morning and decided to chance the bird of the year/decade/century Yorkshire's Black-browed Albatross, driving the scenic route along the coast past Whitby and Scarborough to Bempton Cliffs RSPB where 'Albie' had been seen around the cliffs on a couple of occasions that morning. Arrived to uncertain news, it had been in the area but was on the sea and had probably drifted out of view. After about 30 minutes whilst at Bartlett Nab viewpoint news came over a RSPB radio that it was flying past the next viewpoint to the south, Grandstand. A bit of a panic and a scan to the right towards Staple Newk, and there it was circling around the cliff edge with Gannets. A wander down the coast path to beyond the Staple Newk viewpoint and was lucky to enjoy 'Albie' arcing around Staple Newk for about 30 to 40 minutes, occasionally landing out of sight on the cliffs. It then did a final loop and glided out to sea on bowed wings where it landed not too far out, and drifted slowly south. Apart from the rare visitor 'Seabird City'  looked impressive and the Tree Sparrows by the centre can be, but shouldn't be, taken for granted. A Corn Bunting jangled from the fields/hedgerows. 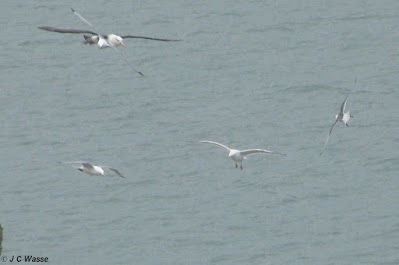 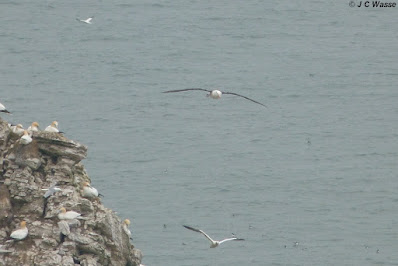 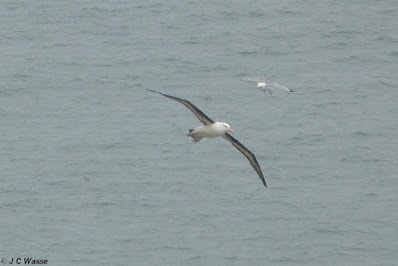 Back on the moors on Monday and similar birding to Saturday, Osprey aside, and with a Redstart singing from a wooded valley. Mountain Hare now in 'sum-plum'.
More average photos uploaded at 'Latest UK Bird Photos'. Please enjoy.
Posted by J C Wasse at 7:03 pm

Nice to spend a week birding in Cyprus at the end of March (26th) into April (2nd), first trip abroad since the start of the pandemic. Focussed on the Paphos area and Cape Drepanum in the west and a bit of birding in the south centre and south east at Akrotiri and Larnaca/Cape Greco respectively.

A brief summary for the moment, 120 species seen without too much chasing around, concentrating on seeing day to day changes at several sites. Arrived as the weather had become more Spring like and started to kick off bird migration, I got the impression it was behind schedule. This was apparent as I did not connect with any Flycatchers or Shrikes throughout and only saw Cyprus Wheatears at the end of the week. Weather, dry throughout and mild to warm at the end as the winds switched from a northerly or western bias to a more southerly one. In other words one or two fleeces became should I wear one?

Slow birding on the Headland but a nice variety of species seen, birding inside and outside the archaeological complex equally as rewarding. Always good to study the 'Flava' Wagtails along the perimeter fence, most Black-headed or Black-headed x, but several smart Grey-headed and Blue-headed examples picked out. Red-throated Pipits starting to get their summer garb and Northern and Isabelline Wheatears seemed ever present.   Always a diverse collection of species at this site, be it a flock of Purple Herons overhead, an adult Mediterranean Gull loafing on what appeased to be a bird-less sea, to Hoopoes flushing from dirt tracks and a Short-eared Owl arriving 'in off'. A humble Tree Sparrow with its gregarious 'domestic' cousins was unusual, a bit of a rare, glad I got a second look!

A few miles east of Paphos checking Mandria's Lark Corner and vicinity added to the trip list, no two visits were the same, a candidate Siberian? Stonechat got my attention, always welcome guidance on id. A few miles inland Asprokremmos Dam was lacking in flycatchers but not in its beauty, and a few miles more, Anarita Park hosted a fine Finsch's Wheatear at the start of the period. 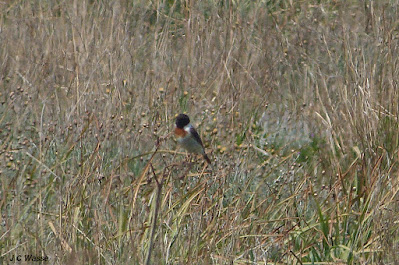 One visit made, slow for passerine migration at the church, but made up for with a Short-toed Eagle hunting the area that held a fly by Pallid Harrier. Akrotiri Marsh was impressive, more variety and numbers of species at the Lower Hide than the Tower Hide, including the obligatory Spur-winged Plovers, Heron/Egret bonanza with all 3 Egrets present, Bittern, Purple Heron, Spoonbill and Glossy Ibis noted.

More birding done at the latter, but the star of the show at the former.

Cape Greco birdy on 2 visits made only, the penultimate evening and most of the last day. Highlights included fly over (European) Bee-eaters, 'at last they finally arrived' Cyprus Wheatears, Spectacled, Cyprus and Rüppell's Warblers and an in off Pallid Harrier. Tawny Pipits, Short-toed Larks, Wryneck and Nightingale noted, but did the Laughing Dove arrive in off or one of the rapidly increasing local birds having a wander?

Larnaca Sewage Works Pools held wild Ruddy Shelducks, large gulls shimmering in the heat haze, a Little Gull that looked like it would be eaten by one of the big ones at any moment, plenty of Teal, Shovelers and a few waders. But, nearby the following day and only a few hours before leaving the island probably the best wader in the world, Caspian Plover, i.e. Charadrius asiaticus carlsbergensis was chilling out with a group of Kentish Plovers. The adult male Pallid Harrier flying in front of, and then hanging over the car around the corner barely got a second glance, surely a birding faux pas! 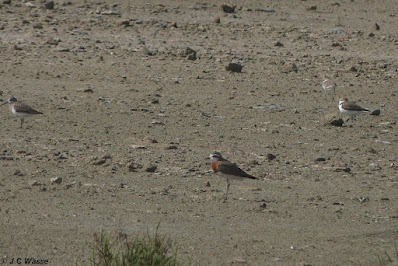 A nice trip and with thanks to birders who helped me both online and in the field, sorry not to catch up with you all, a full trip report to follow.