A big Red bird, a little Red damselfly and a very smart dragonfly from the south

Typical summer pickings at Rainham Marshes RSPB on Saturday 18 July 2015 with passage waders present in the form of singles of Black-tailed Godwit and Whimbrel flying onto the reserve with the afternoon rising tide. Before this a walk to the Serin mound in the morning was quiet with a few Common Terns working Aveley Bay. The birding soon livened up as a couple of Buzzards circled the Silt Lagoons / Wennington Marsh, and then a glance upwards produced a nigh on immaculate Red Kite gliding west. It started to circle Wennington Marsh, quickly gaining height before changing to a fast glide following the Thames up towards London at 10:30. Departed Serin mound with a Hobby zooming through onto the reserve.
Back on the reserve dragons and damsels were the order of the day. A smart looking Southern Hawker patrolled a part shaded area of the woodland boardwalk before resting allowing for further study and photos. Black-tailed Skimmers and Emperor dragonflies shared the Dragonfly Pond and Small Red-eyed Damselflies were present along the southern boardwalk channel. Vying for attention were Marsh Frogs who got noisier as the day warmed up.


Video of the Red Kite as well on Surfbirds linked to at 'UK Birding Videos (Surfbirds)'.

Autumn bird migration is starting though not obviously in full swing. A couple of Avocets, a handful of Black-tailed Godwits on the reserve at Rainham Marshes RSPB with Whimbrel roosting on one of the poles by the Thames from the visitors centre - Saturday 11 July 2015.

A cracking view of a Water Vole at the far corner of the northern boardwalk deserved more attention than I gave it as news broke (early afternoon) over the radio of a Lesser Emperor Dragonfly present at the Dragonfly Pond. A nice find by Jerry H. Possibly a site first? We were soon at the Pond where it wasn't on show but luckily it flew in and around us after a couple of minutes where it remained on show on and off until 13:20. One of the first looks before it established a circuit of the pond was seeing it perch briefly on a twig by the platform, observers reached for cameras and guess what, it flew off and didn't appear to land again whilst it was on show. A distinctive Dragonfly characterised by the blue abdominal segment that stood out like a lantern at most angles. In flight it did spar with a female Emperor Dragonfly and Black-tailed Skimmers. It's disappearance coincided with the larger male Emperor Dragonfly showing up. Would the male Emperor Dragonfly have shoved it off? Although it was also getting windy, could that have been a factor?

My 2nd sighting of this rare visitor to the UK from Europe, having seen one in the 1990s whilst twitching a Squacco Heron in Cambridgeshire which may have been one of the first UK records? Saw several in Cyprus (Oct 2014) and Germany (June 2015).

Whilst it was clearly doing a circuit of the Dragonfly Pond it was impossible to follow with the camera. I tried a couple of shots and I believe I've got a very poor record shot of the Lesser Emperor Dragonfly shown below, next to the photo of 'Ratty'. 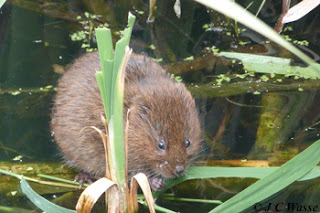 Wheatear sp, but which one? Northern Wheatear - libanotica

Thanks to everyone who fed back helping me with the id of these pale Wheatears. They are Northern Wheatears, and very probably examples of the southern form 'libanotica'.

Some 'Wheatear' photos from Spain (Sierra de Gedos) of a week ago. Very monotone. Can these be identified to species, Northern Wheatear or bleached Black-eared Wheatear?

Not sure if all are of the same bird. 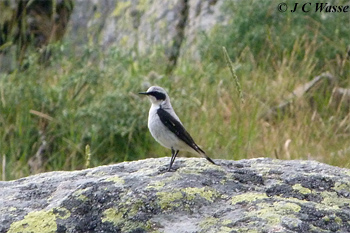 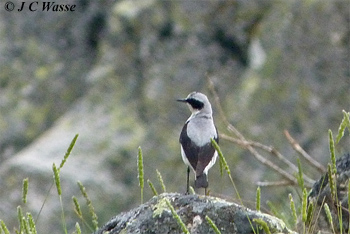 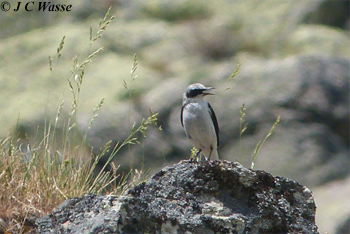 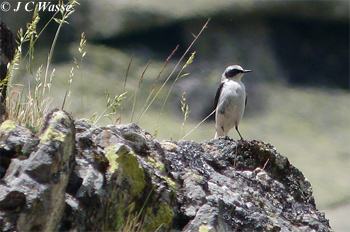 Trip Reports from May and June 2015

In May and June 2015 I was lucky to make 3 birding trips visiting friends in Cape May (USA), and friends in Karlsruhe (Germany) and then a trip to the dry, hot and wonderful dehesa dominated habitat that is Extremadura (Spain). These trip reports to be found on my blog at


I hope they are both enjoyable and helpful for anyone planning birding visits to New Jersey and Europe respectively. 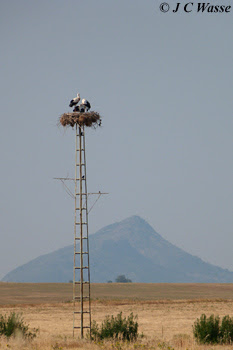