Kent Twitch
On the way back home for the long Platinum Jubilee Bank Holiday the indirect way from Hertfordshire to South Yorkshire via East Kent. How often do you get the chance to twitch an Eleonora's Falcon in GB?
The star of the star, the immature Eleonora's Falcon showed well as did the support act, a Red-footed Falcon. With thanks to those that made the viewing arrangements possible and smooth, first time I'd seen a 'donation wellie' in operation. 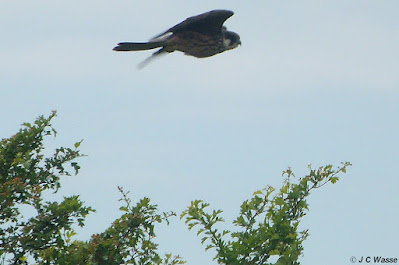 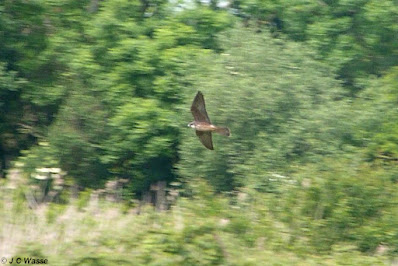 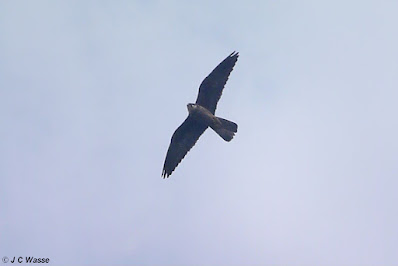 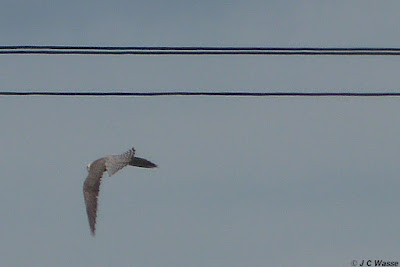 A bit more about Falco eleonora
The use of eponyms and honorifics in naming species has been questioned in recent years and whatever your views on such changes let's have a look at Eleonora, the name used for the powerful and enigmatic Falcon of the Mediterranean. The mention of the name "Eleonora" to a British birder, and indeed any others, can stop you in your tracks. There are just some species that deserves further attention, no matter how many you may have seen, and for me "Eleonora's" ranks up there alongside a diverse avian mix of Swallow-tailed Kite, Pallas's Warbler, Sabine's Gull, Bee-eater, Great Shearwater and Blackburnian Warbler. You'll have your equivalents, and I better quickly add Goshawk and Caspian Gull to the above.
I was lucky to connect in early June with what was GB's first twitchable Eleonora's Falcon present for over a week in east Kent, and I think there's only been 10 or so recorded over here. It put on a fantastic show, for me it's the ultimate Falcon as it can fly around in graceful flight like a small Falcon and then suddenly change gear and adopt the powerful flight and hunting style of a large Falcon, the Harrier Jump Jet of the avian world.
Maybe like some or many others I had little or no idea as to whom Eleonora was. In brief I understand the Falcon to be named after 14th Century Queen Eleonor or Eleonora of Arborea of Sardinia who is recorded as being the first ruler granting protection to hawk and falcon nests against illegal hunters, thank you Wikipedia. Very fitting to name it in tribute as Eleonora's Falcon, and carries the linkage to Queen Eleonor forward for future generations to gen up on.

A visit to Welbeck and from the roadside on a warm and mainly sunny day, but with light winds, only 3 sightings from a morning and afternoon watch. What was thought to be a new female Honey Buzzard to the area drifted right across the lake late morning, a very dark individual. This was followed by a paler individual up to the east in the afternoon and a couple of hours later it or another, much better looks, drifted north. The photos below are a record of the first sighting, and the second one is the bird seen in the third sighting but photographed here last year. 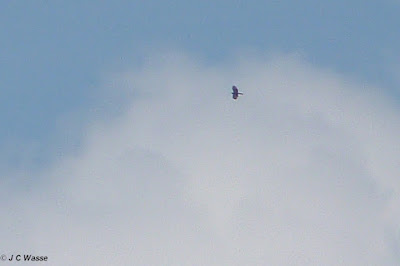 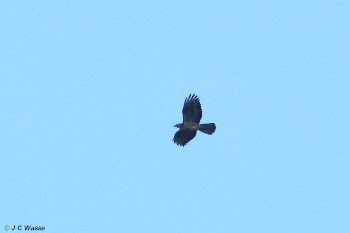 I connected with the following 8 of the 9 raptor species noted here during the day. It's not a bad site to watch from and good for knowledge sharing when studying the raptors. Not all about the raptors, Garden Warbler sang near to a Blackcap, good for comparison of the song, and a Yellow Wagtail flew regularly around the crop field in front of the watch.
A visit to Wykeham Forest and from the forest edge watchpoint on a cool, grey day, but with freshening NE winds, several Honey Buzzard sightings throughout the morning. One dark phase bird showed the most, but on a couple of occasions it dragged another dark phase plus the pale (Osprey wannabee) skyward. Wing clapping noted early on. Record photos below. Common Buzzard and Kestrel seen as well before twitching nearby Turtle Doves and Scaling Dam Reservoir's Woodchat Shrike. 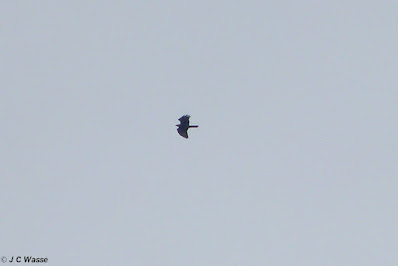 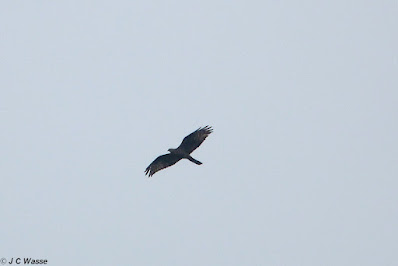 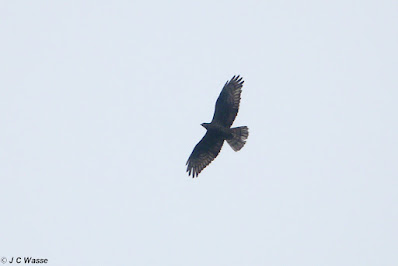 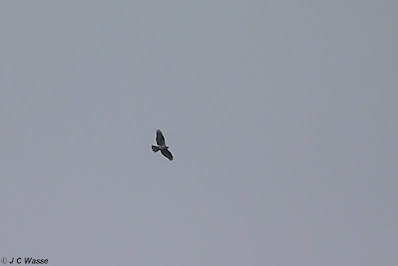 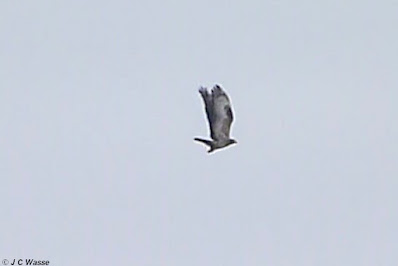