Cyprus - Wagtails a plenty and likewise the Ficedulas

Thu 14th was a warm and sunny day temperatures reaching 28C inland of the south coast at Anarita 'Park', slightly cooler in the W/NW breeze on the coast. Started the day in the NW visiting Smiyies Picnic Site, the nearby Agios Minas area and a brief look at the Baths of Aphrodite in that order. At the first site caught up with Cretszschmar's Bunting, a singing male holding territory on the rocky slope. A female Collared Flycatcher was present in nearby pine trees, think I'm getting more confident about Ficedula id, and Serin was new for the trip. A singing male Eastern Olivaceous Warbler was by the church and the Baths of Aphrodite yielded Hoopoe and Chukar only. Off to Anarita 'Park' where up to 16 'Kestrels' flocked, presumed all to be Lesser Kestrels due to their flocking behaviour and subtle plumage characteristics. Not one adult male present, at least 1 imm. male amongst the female types. A ringtail Montagu's Harrier moved through and an adult male was in the southern end of this valley, plus a male Marsh Harrier. Another highlight being a pair of Bonelli's Eagle circling to the north for a few minutes. Ortolan Bunting showed well and an aerial feeding frenzy comprised Pallid, Common and Alpine Swifts with the 2 Swallow species in attendance. Nearby Aspro. Dam held Wood Warbler and a female Golden Oriole. Paphos Headland was ok, a noticeable presence of Northern Wheatears (15+) and 'Flava 'Wagtails (Blue-headed ones picked out). A lone part sum plum Red-throated Pipit minded it's own business walking along the Roman ruins area, and a nice Wryneck added to the mix at the northern end of the Archaeological complex. Bee-eater(s) called from somewhere up above. Ended the day at Cape Drepanum where the island's Yellow-legged Gulls were joined by a Mediterranean race Shag on the rocks. Of note were the 'Flava Wagtails probably over 80 present when they all flew up as the sun dipped, but no more than 20 in view at any one time. Most were Blue-headed with several Black-headed present plus the pair shown below. One being a candidate 'supercilliaris' not sure of their status here and the yellow as opposed to white 'super', and the other a female type Citrine Wagtail. Nice to study albeit briefly as dog walkers entered the arena. 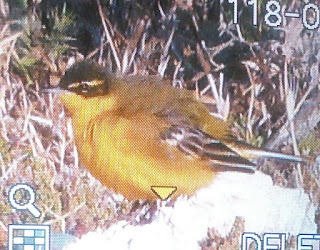 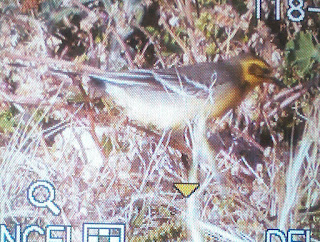 Akrotiri church was birdy this morning (Fri 15th), many Pied and 2 male Collared Flycatchers. The chain link fence held Collared and Pied Flys, Redstart. Whinchat, Northern and Black-eared Wheatears at one stage! Shared the offerings with KH & RH. Tawny Pipit and Woodchat Shrike were a good supporting cast, and a Kingfisher flew by late morning, bizarre! Nearby Bishop's Pool held the flycatcher duo. Tried Kensington Cliffs and later the cliff face east of Aphrodite's Rock for Eleonora's Falcon without success. Both sites held Kestrel and Alpine Swift. Kensington Cliffs played host to a pair of Peregrines and a Griffon Vulture took to the sky. I was lucky to pick up a male Pallid Harrier flying fast in off the sea here at approx 14:30. Mandria fields east of Paphos saw me connect with more Northern Wheatears and a Spur-winged Plover. Ended the day again at Cape Drepanum to the north west of Paphos. Northern Wheatears shared the scrub with a female Black-eared Wheatear. A Stone Curlew flew by and sungles of Tawny Pipit and Short-toed Lark were present with many Created Larks and Sardinian Warblers in the area. Only 1 'Flava' Wagtail present this eve. Home tomorrow, trip report to come soon. A nice trip, got the impression lots of birds already migrated through, look forward to returning to check out the migration a week or two earlier. 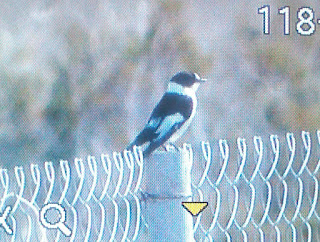