Birding Blast from the Past 9 - Ring-billed Gulls

Ring-billed Gull, the Delaware River Gull, is a rare/scarce seasonal visitor to our shores from North America, especially sought after as it is now not as numerous as it once was. It used to be a regular visitor since the first accepted British record documented at Blackpill, Wales in 1973, becoming a species associated with several birding sites up and down Great Britain. Immediately the Hayle Estuary and Helston Boating Lake both in Cornwall spring to my mind where several birds would appear over the years. You may be familiar with other sites that have lured examples of this attractive Larid. Not to forget the sites that provided a winter home to regular returning individuals, some if not all were elevated to star status by being named.

My first sighting came in the "Nineties" at one of the typical host sites over in Cornwall, Copperhouse Creek at the Hayle Estuary where a 2nd? summer bird showed really well in August 1990. Not too long to wait for the next over in Norfolk at UEA, Norwich caught up with the 2nd winter present on campus in the winter of 1991/92. It was elusive throughout its stay and at the time was thought to be only the second sighting of this species for Norfolk. Birders studying at UEA tried to get it on the seen from their campus flat window list. Following on from this one another Norfolk record and another 2nd winter example, this time present at Bure Park, Great Yarmouth the following winter. Next up for me in February 1994 a wintering adult at a playing field at Uxbridge on the edge of London, and soon after a pristine summer plumage adult gave itself up to birders in North Wales at Rhyl in April of that year, well worth a long wait and brief views at the boating lake. Fast forward to the end of the century where back at the Hayle Estuary an impatient adult waited for bread at Copperhouse Creek. On arriving at the car park it landed and stared into the car in anticipation of a slice or two. Thought it was going to knock on the windscreen for service.

In the "Noughties" an adult (or near adult) just beyond Southend, Essex, in January 2000 on a drab winter's day, was this 'Rossi'? Another at the Hayle Estuary was the first 1st winter I had seen in Great Britain, a nice id challenge with a cracking stand out immature 'Glauc' like bill. The following year a very elusive 1st summer at Woodbridge, Suffolk and then a more obliging 2nd winter at Helston Boating Lake, Cornwall in August 2001. A similarly aged bird sighted at Helston in August 2003, both seen on the Scillonian Pelagic weekends. Between 2002 and 2006 caught up with the returning adult to the Isle of Dogs, London on at least 3 occasions. Assumed to be a female by its small size, it could be found with a bit, or more often, a lot of luck hiding in a high tide roost of Common and Black-headed Gulls. During this period I definitely saw 'Rossi' down the Thames at Westcliff-on-Sea in March 2005, during the middle of its tenure below Rossi's Ice Cream Parlour. 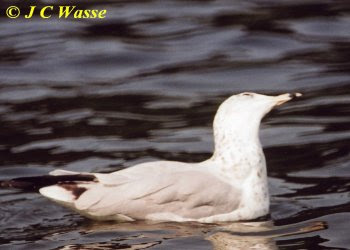 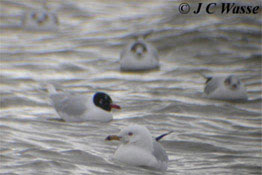 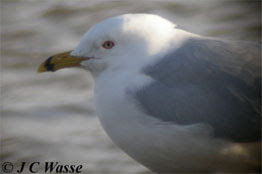 The "2010s" and finally a chance to get it on my Yorkshire list, namely the adult present at Mirfield Gravel Pit, West Yorkshire on a very cold Christmas Eve in 2010. It took a while and we were about to leave where it flew in landing on the ice to the final chuck of the bread. It took its prize and then off it went. Midway through the decade in July 2015 and back in Cornwall where the Hayle Estuary hosted an elusive 1st summer bird moving between Ryan's Field and the estuary, my last sighting in Great Britain of this species to date.
What will the "Twenties" bring? Perhaps Ring-billed Gull will become a 'BB rarity' again? Will it be as rare a visitor crossing the Pond as say a fellow Nearctic Larid, the Laughing Gull? Or, become as mythical as the American Herring Gull? If it becomes a BB rarity no doubt we'll get a bumper year the year after.Why blog about Ring-billed Gull? Just follows on from a fairly recent trend on social media to celebrate current and past individuals and acknowledge the demise of this species in the British Isles. 30 January 2021 became Ring-billed Gull appreciation day. For more details on the rise and fall of this species this side of the Atlantic Ocean check out the Birdguides article by Josh Jones from April 2019, includes a lot better photos than above.
Posted by J C Wasse at 9:02 am