September accelerates the change from one birding season to the next. This was seen mid month when an impromptu vis-mig session from Ewden Heights on the South Yorkshire moorland edge had a few Swallows and House Martins racing low south over the moor, with a stream of Meadow Pipits arriving overhead from the east coast and continuing down the spine of the country. A few moments later my first skein of (110) Pink-footed Geese of the winter, if I can mention the winter word at this time, went high south east, having crossed the moors from the direction of the Woodhead Pass. Back to a summer theme a Ring Ouzel gave its harsh tack call from the moorland clough below, no doubt hanging around with an autumnal gathering of Mistle Thrushes that were more showy as they enjoyed the Rowan berries. High up in the deep blue sky a few and almost silent Siskins and Lesser Redpolls headed on by alongside more vocal passage Skylarks, a place where Ravens enjoyed flying into the increasing south westerly breeze. 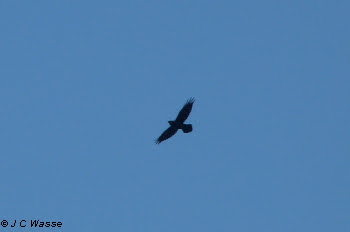 In the lowlands a Common Crane visited Edderthorpe Flash for just over a day and 2 Spoonbills did what they do best down the road at Old Moor RSPB, sleep. The Great White Egret sharing the same grassy bank was marginally more active, as were a pair of Mandarin Ducks by the Willows of the pool of that name. Following on from 4 seen here at roughly the same time last year I'm having them on my 'Wath Area' list, No. 197. Sleeping Lapwings were joined on the Wath Ings mud by 3 or 4 Dunlins and a Spotted Redshank. 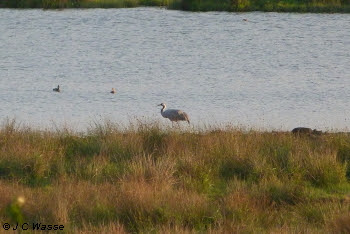 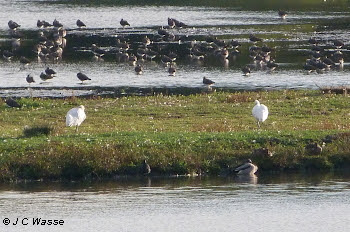 A twitch at the beginning of the period to Norfolk for the Brown Shrike at Warham Greens. It showed reasonably well hunting the leeward side of the coast path hedge appreciated by social distanced birders. It shared the area with a Redstart, much different to the Staines Moor (London) bird of a few years ago which sat up high in a bush with a berry eating Moorhen for company! 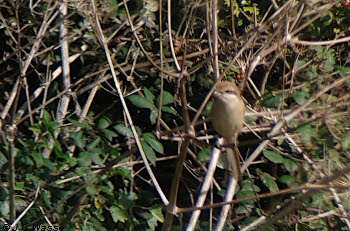 Yorkshire coastal birding and the weather changed, a few days of northerly winds influenced by North Sea depressions, saw me connect with a fine adult spooned Pomarine Skua passing by Flamborough Head. At distance but the structure and strong/direct flight noted. The substantial breadth of the wing at the join with the body is a feature I look for on this species when viewing allows. It would have looked even better should it have been closer. This was an afternoon seawatch noted for the many Red-throated Divers moving south. At the end of the week in atrocious conditions my Yorkshire list advanced by one to No. 340 (exc. Isabelline Shrike sp. and Fea's/Desertas Petrel sp.), in the form of a group of 6 wild Arctic Barnacle Geese sheltering at Kilnsea Wetlands. After a brief look around the Listening Dish hedge in between squalls and back to the wetlands they had gone, many had been seen along the Yorkshire coast caught up in the nasty conditions on migration to their NW European wintering grounds. Visits on other calmer days and enjoyed the 'tsooet'-ing calls of a couple of Yellow-browed Warblers, an elusive Red-backed Shrike and Red-breasted Flycatcher. A Lapland Bunting flying over Kilnsea giving its rattle and 'teu' calls was the first I've heard for many many years. The sight of Peregrine and Merlin hunting Kilnsea Wetlands in close succession was magical, though roosting waders and flocking finches would beg to differ. 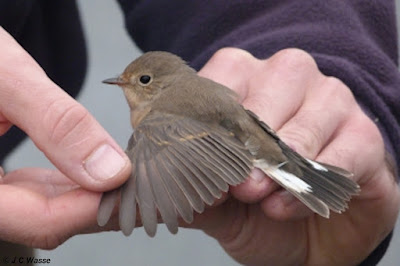 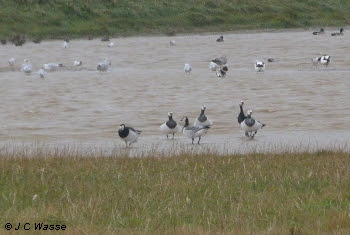 A birding video compilation from this period now uploaded at my YouTube channel, please click on the link below to view. 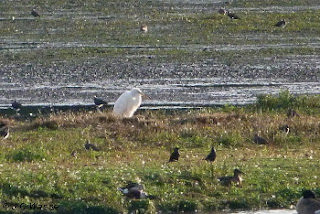 Video footage of the rare/scarce visitors to the Dearne Valley and off course migrating Barnacle Geese.

Please click here to view the YouTube clip
October saw the seasons come together. The moorland edge produced a passage Hen Harrier, a heavy movement of Redwings and Fieldfares west. The last Swallows were strictly on a southerly course. Later there was evidence of Woodpigeons on the move. Crossbills showed in the pine tree treetops throughout. A few Bramblings 'dweezed' on by and Lesser Redpolls continued to move, bodes well for the winter finch watching season. A small party of 9 Whooper Swans heading east brightened up a dull grey day.
Elsewhere, the Taiga Flycatcher gave nice views, a brilliant learning opportunity of this species, the 4th record for GB. The Rufous Bushchat was... rare, and to me it was upstaged by a supporting cast of Pallas's and Yellow-browed Warblers and how many Red-flanked Bluetails? Firecrest and Black Redstart always nice to come across, to see a Ring Ouzel in the hand was a first for me. The many Redwings flying in off the sea with Woodcock moving over coastal marshes and fields and drop in passage Warbler numbers signalled the progression of autumn birding. 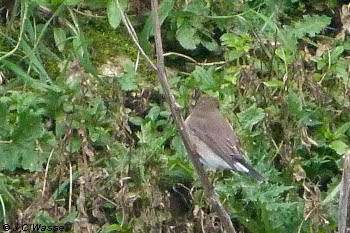 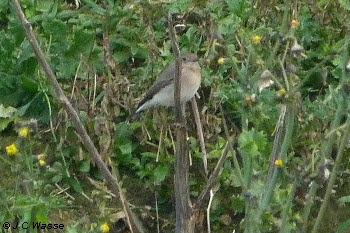 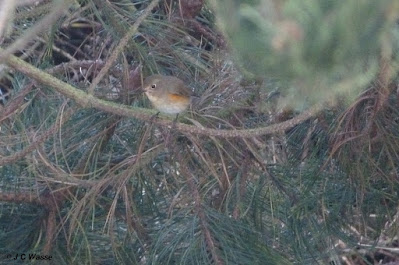 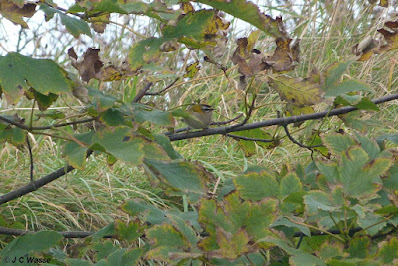 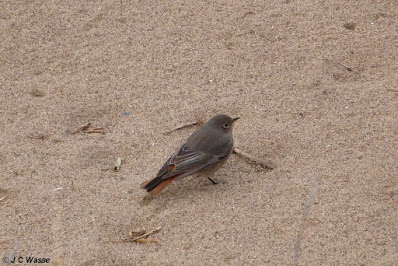 The West Yorkshire (Johnny Brown's Common) Shrike provided distant views and an educational opportunity to study. Taking a basic approach a look at the plates within the Collins Bird Guide (2nd Edition) or the (2014) Helm Guide to Bird Identification, based upon the (1989) Macmillan Guide to Bird Identification, could guide the reader to the bird being an adult Brown Shrike, and from the latter, a male. As we know birding is not that simple and the Brown/Red-backed and Isabelline complex or complexes of Shrikes may bring intrigue and/or tears to birders and birding committees. Much discussion followed online and a detailed analysis presented points to this bird showing features consistent with its identification as an adult male Brown Shrike. Have a look at the following link for this superb analysis by the author, which includes much better footage than the record photos below - Notes on the identification of a Brown Shrike - Johnny Brown's Common, North Elmsall 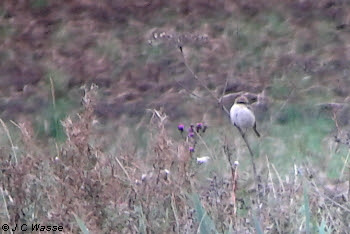 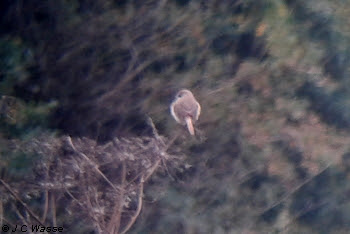 Some record video footage of some of the above linked to below. Please don't expect world beating video, the compilation should have been labelled, "Distant, Fast and Blurry!" 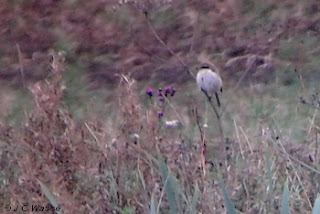