Xmas birding - a good time to 'cach.' up

Headed back home for the Christmas period via Norfolk where the Hume's Yellow-browed Warbler (one day I'll get used to calling it Hume's Warbler) showed well after a patient way as it circuited the pool near to Brancaster's Beach Road. The characteristic green-grey plumage stood out on midwinter's day. Nice to hear it's Wagtail-like call, not too dissimilar to that of Yellow-browed but more disyllabic. A glance on the marshes where a Great White Egret patrolled a ditch, ok so Great Egret is now the naming convention, but Egret or Heron, that's for another day. Along the coast the sky was covered with skeins of Pink-footed Geese, a sign of approaching and driving past Holkham on the way to Warham Greens where Brent Geese were the common goose.

The saltmarsh at Warham Greens near Stiffkey played host, and not for the first time, to a wintering Pallid Harrier. Mid-afternoon and this immature could be found quartering the marsh almost in constant view with a ringtail Hen Harrier, joined on occasion by another and a cream crown Marsh Harrier. Viewing it alongside a Hen Harrier, although at distance, was a cracking experience for comparison of these two ringtails as both the structure and the distinctive markings of this rare visitor to these shores could be seen. The Pallid was slender and the orange underparts glowed despite the overcast conditions. Camera on the wrong settings but managed a brief video of it as it came closer. Peregrine flew over the shoreline, Kestrel, Sparrowhawk and a couple of Red Kites noted in the area. A couple of Great White Egrets present here as well as Little Egrets dotted about the marsh which hosted wintering ducks and the Brent Geese. No Barn Owl towards dusk but one against the setting sun near Fakenham was nice.
The South Yorkshire moorlands were either draped in low cloud or fog, battered with wind and rain or on the rare calmest of days the low winter sun made birding difficult. Nevertheless, the magic was still there and spring is just around the corner. Crossbill flew over one site where they had been noticeably absent over the last couple of years.Winter birding back home used to have the promise of Glaucous and Iceland Gulls dropping into roost at one of the local hot spots or gliding over a tip. The loss of tipping is good in some respects but less so for gull watchers. White-winged Gulls becoming almost mythical, perhaps later into winter now better, and also Caspian Gulls are a fair bet at an inland roost or daytime feeding location. One such location being the factory rooftops and the River Don along Effingham Street near the centre of Sheffield, with nearby weirs for bathing. This site hosted this large Caspian Gull between Christmas and New Year, presumably roosting at Orgreave. 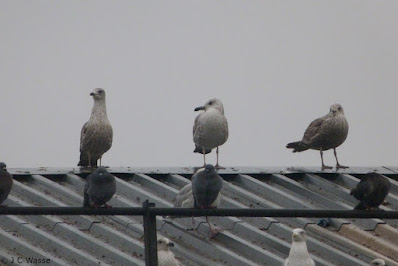 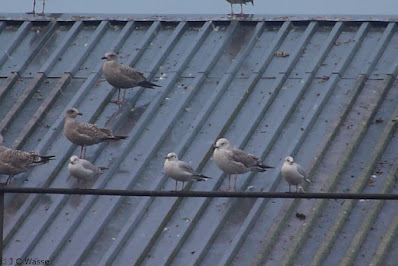 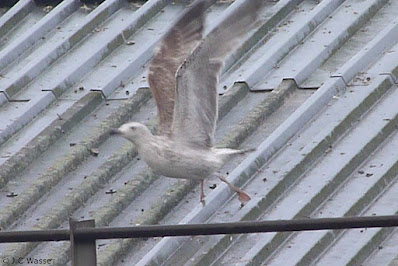 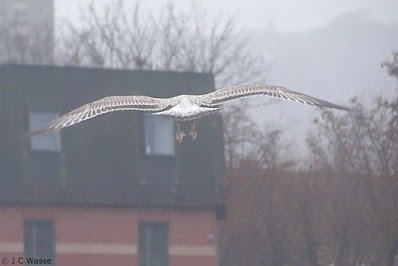 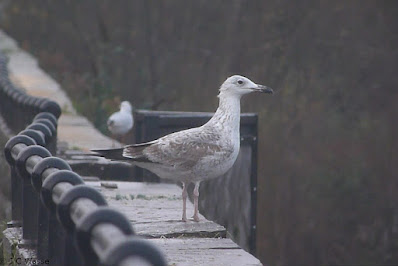 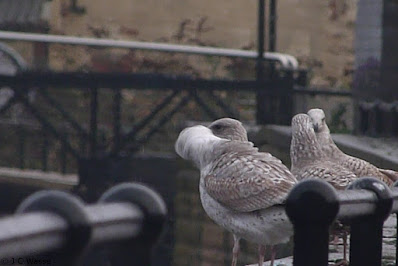 The site also attracted a colour ringed Herring Gull on one visit, rung as an adult near York in 2017 (Y:H54) - with thanks to the ringing group for feedback online.
Old Moor RSPB, Barnsley looked good, the opening up of 'Green Lane' has promise and hopefully birds on the Mere will not be spooked. Goosander and Goldeneye present with a Marsh Harrier and Buzzard noted late in the year. One late afternoon visit saw a small-ish Caspian Gull join the roost on the Wader Scrape then Mere. 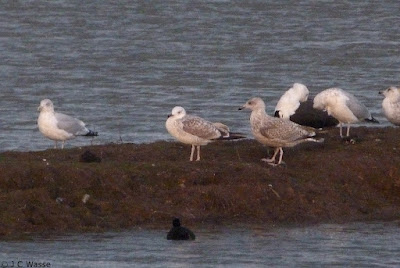 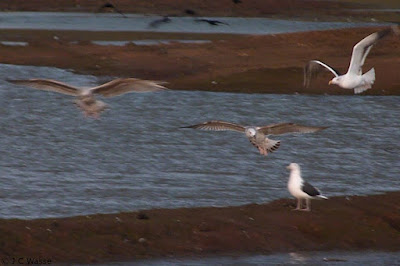 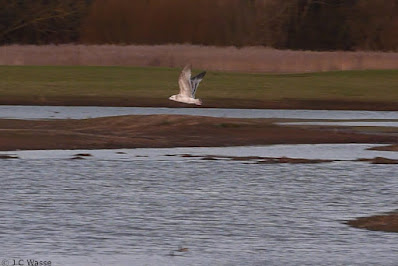 Soon be time for Ring Ouzels and Wheatears on the Moorland edge with potential for a northbound Great Grey Shrike passing through the area, and dreams of a Rough-legged Buzzard doing likewise. But has the latter gone the way of inland 'Glaucs' to near mythical status?
More average photos uploaded at 'Latest UK Bird Photos'. Please enjoy.
Posted by J C Wasse at 10:12 am