Sounds like a result from a NHL match, but we're not talking Nearctic sports (or birding) today.
Back home at the end of August and the Peak District vistas glowed in the late summer light. The air was clear and the silence broken by the occasional Meadow Pipit, twittering Swallows, crackling Stonechats and a soon to be off Ring Ouzel.  Another noise shattered the silence later in the period! One watch produced 8 raptor species highlighted by the re-appearance of the presumed female White-tailed Eagle (G318 Isle of Wight scheme) here for it's second summer. Now to be expected passage Marsh Harrier noted and a warm afternoon saw Hobby chasing dragonflies for a prolonged period. A separate watch saw a feisty, tiny male Peregrine have a big disagreement with a Common Buzzard.

Migrating Ospreys can be seen travelling south along the moorland edge in late August, didn't connect this time so had to twitch to boost the raptor list. The lakes of Welbeck Estate of Honey Buzzard fame in not so far away north Nottinghamshire can hold passing Ospreys and up to three have been seen of late. One, presumed adult, spent a late afternoon hunting the lake out from the Raptor Watchpoint. After success it flew off West but got chased by another that took flight from it's hidden perch. Whilst the second was only in silhouette the clean edges to the wings suggested a juvenile. Back on the ground a Brown Hare had a dust up with a Pheasant. 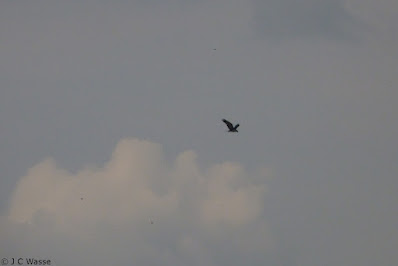 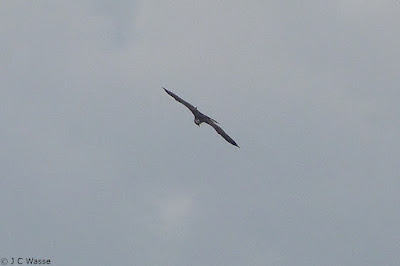 The star was right at the beginning, namely Redcar's Greater Sand Plover that showed nicely with Ringed Plovers and other waders on the beach, allowing for study of size and structure. Could I argue the place looked like Spiros Beach, Larnaca, Cyprus? Walking west along the beach just imagine the steelworks being replaced by Larnaca International Airport, the absence of an offshore wind farm, and chuckling Black Francolins in the coastal scrub and you could be there. 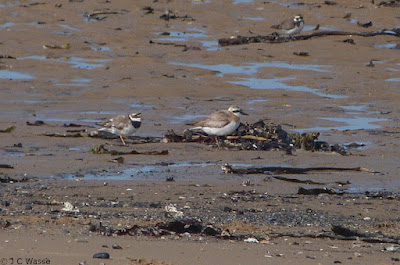 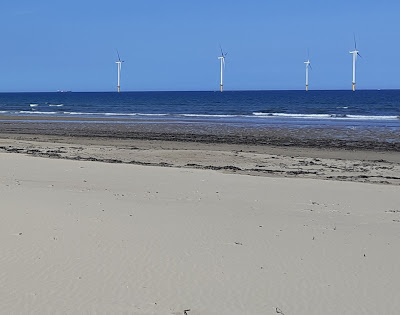 After Redcar went down the coast to take in Bempton's Shrike on what turned out to be its last day on site. Now no longer Whetaear-esque, the tail has regrown. 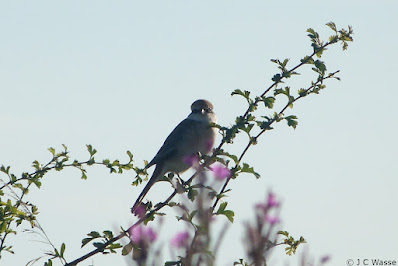 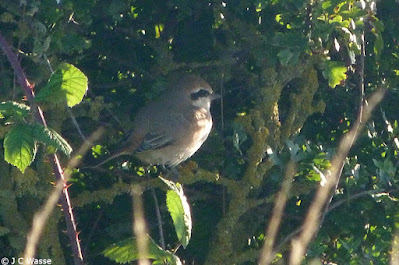 Elsewhere, Spurn, or more specifically the Kilnsea area of the Spurn recording area, came up trumps with lingering Red-necked Phalaropes, Citrine Wagtail and Caspian Gulls.
Watching the semi-resident spinners on Beacon Ponds sweeping up the surface insects was reminiscent on a very much smaller scale of watching hundreds of Red-necked Phalaropes at the Salton Sea, CA, USA ten years ago, without shore side skulking Green-tailed Towhee accompaniment. Lots of waders on show with nice looks at Wood Sandpiper of note and avian highlights included Great White Egret that flew from neighbouring Kilnsea Wetlands. The Wetlands suffering in volume of water but excelling in quantity and quality of it's visitors. 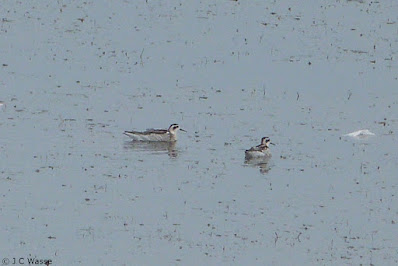 Now for the Gulls. A visit at the end of August and Caspian Gulls seemed to be always on show.  I was confident in seeing 4 juv/1st winter types, most in between juvenile and full 1st winter plumage, one example below. Others noted up to 7 on this visit. They were joined by flyover juvenile Little Gulls with Black-headed, Mediterranean, Common Gulls resting on the Scrape, and of the bigger varieties, Lesser Black-backed, Herring, Yellow-legged (1× juv) and Great Black-backed Gulls. Kittiwake noted later offshore. 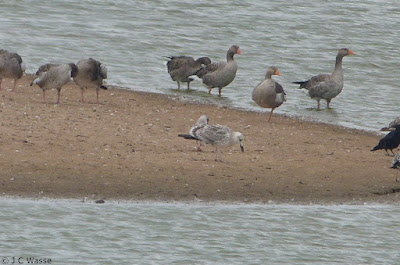 The Citrine Wagtail took up residence on the lawn outside the Riverside Hotel, it wandered around with other Wagtails and Meadow Pipits occasionally spooked by a hunting Sparrowhawk. A nice study, on the deck and in flight you could pick out the shorter tail compared to those trailed by 'Alba' Wagtails. I've not heard many Citrine Wagtails call and when it did it was raspy, but to be honest it could be difficult to pick one out on call from a calling flock of Black-headed (Yellow) Wagtails say on Spring passage in Cyprus. 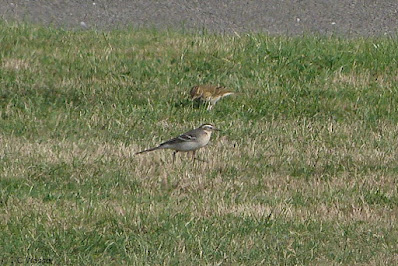 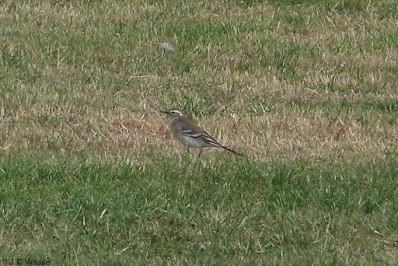