A Common Yellowshank, the Bearded Vulture and friends

First trip back home since Lockdown began and connected with a Yorkshire tick in early July, the long staying Nosterfield Lesser Yellowlegs, number 339. I'm edging towards the top of the Yorkshire Birding listing league at the same pace as Wednesday's return to the Premier League! This cracking Nearctic wader showed well from the screen at Nosterfield in the company of a juvenile Redshank, an instructive id comparison between Nearctic and Palearctic relatives. Too far for the camera other than for a ropey record shot. 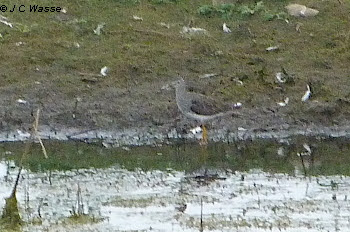 In search of the Bearded VultureOn the way back to Herts. news was breaking that the Bearded Vulture seen several days earlier heading north from the Midlands had been seen in the southern area of the Peak District again. A potential first for GB, and then should it make a flew flaps to the north east, thoughts of a Yorkshire and Barnsley tick. Whatever the opinions about this bird's categorisation on the British List (A or E) and if, from the Alps reintroduction, how self sustaining is defined, it's a wild bird and a magnificent creature!It was relocated on the South Yorkshire/Derbyshire border of the Dark Peak, seen from or at sites I regularly watch when back home. I safely returned home some 3 weeks on, will it still be there and given its haunts, will it be safe! It had let its known roost so where to start looking?Saturday 01 August 2020 - Happy Yorkshire Day!First up and on the Derbyshire/South Yorkshire border near Stanage Edge overlooking Hathersage. The view was impressive but the area too large to concentrate upon. A couple of Ravens flew by with Buzzards and Kestrels seen. Chased up a report in Derwentdale a few miles to the north but with no luck, nice views of a Peregrine circling Fairholmes with a couple of Buzzards. Enough chasing, off to the Dukes Road a moorland walk off of Mortimer Road the road that links Langsett in the north to the A57 in the south. The Dukes Road is the south-west border of the Barnsley bird recording area border, South Yorkshire. This track heads out west and then south towards Lost Lad/Back Tor. A beautiful walk say about 75 mins to the fork off to Howden Edge/Abbey Brook. Watching from here produced no large raptors, a brief sighting of a Hobby and more obliging Kestrels. The walk up saw a female Wheatear feeding a juvenile. Elsewhere a couple more, but showy, Hobbies fed over a nearby moor which hosted a wandering Red Kite, but no sign of the BV.Sunday 02 August 2020Off to Ewden Cabin, the 45 minute along the track bordering Broomhead Moor. A persistent wind nagged but the birding was good. 2 pairs of Stonechats along the walk sharing the undergrowth with restless Willow Warblers and Meadow Pipits flew by. At the Cabin a Tree Pipit called as it flew SW and later a juvenile Cuckoo drew our attention as this fledgling was being fed by Meadow Pipits. Up in the skies Buzzards were seen and a couple of Hobbies flew by, including a cracking adult seen at eye level, a passage Marsh Harrier flew by. 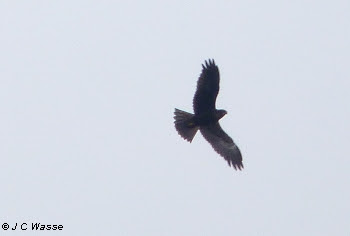 Left mid afternoon to breaking news of the Bearded Vulture being photographed in the Crowden area of the High Peak (Peak District, Derbyshire) the previous day. Perhaps a needle in a haystack but it was less than 15 miles or so away up on the Woodhead Pass. It would be rude not to go!We arrived at about 16:30 and took the track up the valley leading north from the small car park at the hamlet. A birder leaving noted that the crag had been found relating to the previous day's sighting, but the Bearded Vulture was not present. Viewing the area after a 10 minute walk from the bridge, provided a decent view looking north and partial view looking back south. Two birders were on the western side of the valley scoping the crags. They soon wandered back down but stopped and were scoping the crags back to the south over Torside reservoir, very intently. On looking south a Buzzard was up but they were really focussed, and our view was obscured, so we crossed the bridge for a better look back south. And then there it was over crags above the reservoir, the Bearded Vulture. It soon turned north and glided up the eastern side of the valley and beyond us, flapping as it patrolled the hillside lost to view over a ridge to the north. It then showed on and off before heading back across to the crags south of Torside Reservoir where it was joined in the sky by a couple of tiny Buzzards and an equally diminutive Peregrine. It then drifted east towards Woodhead Reservoir where on leaving Crowden we saw it roosting on the crags as viewed from the lay-by on the Holmfirth road. This was to become one of its regular roosting sites. 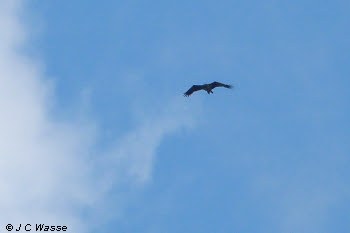 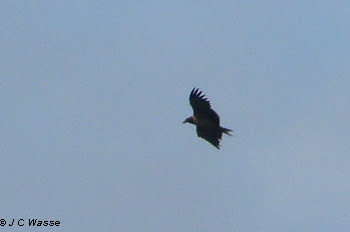 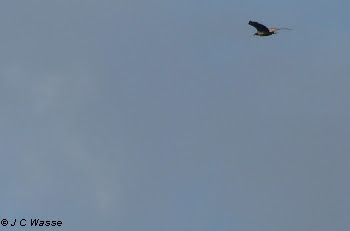 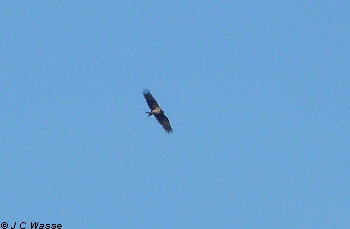 A return visit late afternoon on Friday 07 August 2020 and the Bearded Vulture was roosting on the crags where we left it on Sunday. It eventually had a brief flight, the Kestrel that landed on a nearby crag looked ridiculously small in comparison. 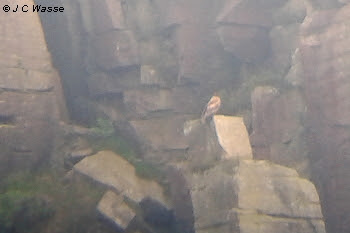 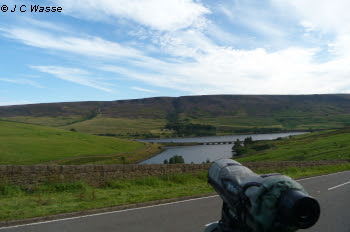 There are certain birds that are showstoppers, Bee-eater, Sabine's Gull and Goshawk spring to mind. Add to this the Bearded Vulture, on seeing it, it was almost disbelief, a bit like the expression held by Bishop Brennan when Father Ted kicked him up the...
South Yorkshire MoorlandsWe all know this area is known for disappearing raptors, have a look here. Just hope the presence of the Bearded Vulture helps change fortunes. Still a great place to go birding and see migration happening at the right seasons.Several Marsh Harriers wandered by, Red Kites passed through and local Kestrels and Buzzards graced the skies. Hobbies tormented insects and hirundines, and a Merlin welcomed a movement of Meadow Pipits over the moors when the winds were out of the SW. Sparrowhawks were elusive and an excitable juvenile Peregrine practised its hunting technique, it had much to learn with attendant Buzzards and Ravens waiting for a scrap of pigeon should a mistake be made. Mistle Thrushes started to flock and 3 Tree Pipits over may be a low number, but shows that early August is a good time to catch one flying south. Nightjars remained at their midge infested sites and a Barn Owl noted on upland farmland. Several pairs of Stonechats showed well and on quiet days Crossbills were a nice distraction as they flew around their moorland reservoir haunts. Nuthatches started to call again and young Buzzards gave begging calls from a couple of sites. I remember when they were description birds up here! 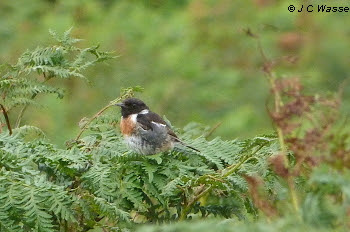 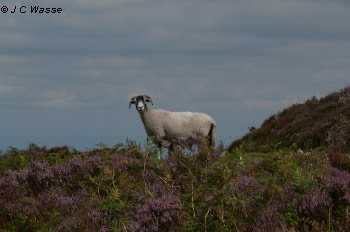 Off Piste
Visited Welbeck, Notts., on three visits the Honey Buzzards didn't show. Plenty of Buzzards, a couple each of Red Kite and Hobby noted as were Kestrels and a Sparrowhawk. Prolonged views of a couple of juvenile Goshawks, one of which loved to mob a Buzzard. Common Tern flew over the lake and Yellow Wagtail flew over.Similar no luck at Wykeham Forest, North Yorkshire on the Honey Buzzards. A juvenile Peregrine flew east down the valley, Sparrowhawk, Kestrels and a handful of Buzzards seen. Also, great views of 2 juvenile Goshawks, one of which showed very well in comparison with a !inning Sparrowhawk. One moment when it turned and showed all the features characteristic of this species, arguably one of the best raptor species in the world. 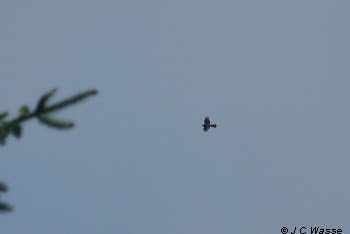 Nosterfield, North Yorkshire, a second visit this summer, this time to Flask Lake at the quarry where at least 2 Ospreys had been seen in early August. One appeared out of nowhere after several hours wait on Saturday 08 August 2020, circling the lake for a little while before a Carrion Crow accompanied it over trees to the NE. 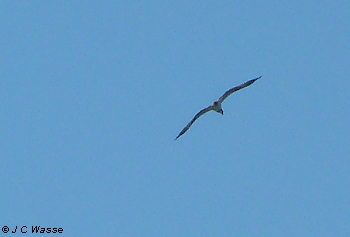 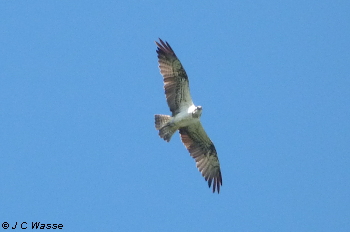 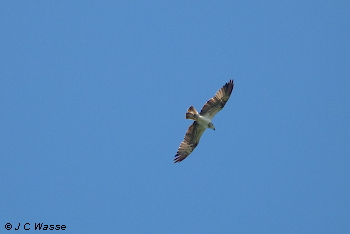 Kilnsea Wetlands, a gem on the Yorkshire coast, the gateway to the Spurn peninsula. A visit one afternoon and the scrape was alive with waders, a couple of moulting Curlew Sandpipers star species but all were noteworthy, from Dunlin, through to Redshanks, Ruff and Knot to the larger Greenshank, Avocet, Whimbrel and Black-tailed Godwits. Mediterranean Gulls (20+) of all ages were present and Common and Sandwich Terns called whereas several Little Terns flew by silently.
More photos at 'Latest UK Bird Photos'.
Posted by J C Wasse at 10:08 am