Back over in Karlsruhe visiting friends Chris and Sue over a long weekend Thu 23 - Sun 26 March. Nice bit of Spring sunshine and early warmth (high teens), most days with a freshening yet welcome NE wind. A day in the Black Forest (Fri) was colder around 5C rising to low teens in sparse sunny periods. Probably to be expected as we were in the clouds at 1000m.

Waghäusel the excellent marsh between Karlsruhe and Mannheim was productive, this being my first visit here so early in the season. We made 2 visits (23rd and 25th). Bluethroats were back in for the summer, yet remained elusive with 2 males seen and possibly a couple of others heard as well but at distance. A Water Pipit showed well along one muddy edge with at least 3 GW Egrets hiding in the marsh which also held a variety of duck including Garganey and 3 smart yet unexpected drake Scaup. 3 types of Grebes (many Black-necked and a couple or so Little and Great Cresteds), but no Purple Herons as yet. Plenty of White Storks overhead included a group of 11 (23rd). The sky was the place to look. Several​ Swallows headed north over the two visits with the last one producing a Sand Martin. Early season Black Kites were seen on both visits as were Red Kites, lots of Buzzard and Kestrel. A female type Goshawk soared over woodland (23rd). The star was an Osprey that spent time hunting over the reserve (25th). Chris glimpsed it pass over the northern perimeter of the marsh but it was lost behind the trees and after finding an opening​ we could not locate it heading north. However, a brief view of an adult male Hen Harrier flying north was a surprise. We headed back towards the central track and had an even nicer surprise when I spotted the Osprey hovering over the eastern side of the marsh. It spent the next 15 minutes actively hunting the marsh, where it delighted German birders and photographers before taking its fish tea over nearby woodland and out of sight. 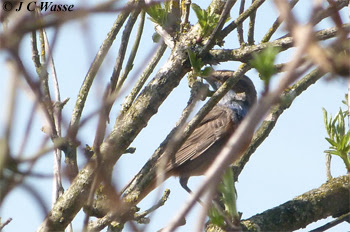 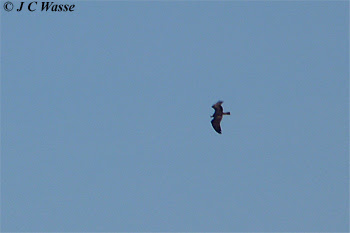 Birded several sites in the Black Forest about 20km east of Achern, namely around Hotel Schliffkopf (HS), Siebelsecke (SIE) and Ruhestein (RUH). The biting NE wind low temps and visibility caused by the clouds rolling down the upland passes made for testing birding! The weather was worst at HS where we dipped out on Citril Finches and Ring Ouzels. A Redwing sheltered from the elements. The weather had hardly improved at RUH - the ski slope drenched in cloud, but a local mentioned that Citril Finch had disappeared from the areas we were birding. The cafe at SIE beckoned where the local "Cherry Cake" was top notch. On leaving the weather had improved and a walk up the partially snow covered ski slope produced a few Mistle Thrush and a couple of Black Woodpeckers sounded off in the surrounding woods. Of note were 3 or 4 groups of Chaffinches totaling ca. 100 birds moving north through the upland passes as we ourselves inched our way down the side of the slope back to the car park. Decided to return to RUH and the cloud had lifted so we birded the ski slope and woodland at the summit bordering the Wilder See. More Chaffinches moved north many out of sight and a lone Brambling 'dweezed' it's way overhead. The ski slope area produced the best birding, a pair of Nutcrackers gave prolonged views as did several Crossbills. The stunning 'Continental' race Coal Tit was present and a singing Crested Tit 'trilled' its little head off! Mistle Thrushes ever present in this habitat with one bird sharing the slope with a male 'torquatus' Ring Ouzel. 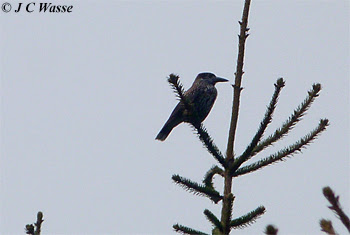 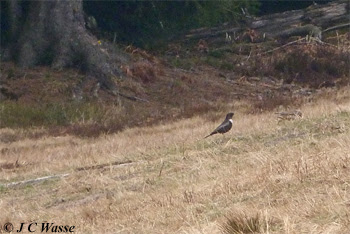 The farmland/woodland edge at Blankenloch nr Karlsruhe characterised by its quilted pattern of smallholdings was birdy. Raptors overhead on the morning of Sunday 26th March included several Buzzards, Red Kite and a pair of Sparrowhawks. Serin and Black Redstarts were back in low density but the song of many returning Chiffchaff dominated the woodland, when not being drowned out by many singing Nuthatches. Several Woodpeckers included nice looks at a pair of Middle Spotted ones. Hawfinch and Firecrest shared a shady corner and Chaffinches were everywhere. Not a bad tally from a morning's walk. 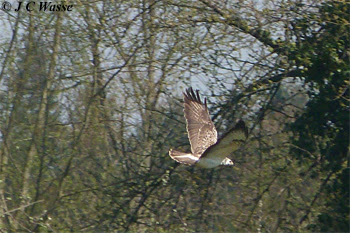 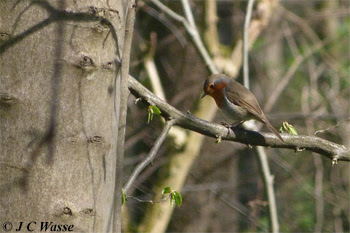 The switch in weather over a period of a week in the lowlands from grey, cold and drizzly in Cologne (not a million miles away) to warm sunshine further down the Rhine was very apparent. Spring was finally here!

Many thanks to friends Chris and Sue for their kind hospitality, looking forward to returning soon. For further details including more pictures please see the additions in blue to the trip report at the first Germany pdf file at the section 'Birding Trip Reports - Other'. Enjoy.
Posted by J C Wasse at 10:53 pm