To the south I connected with the long staying Great White Egret in the Wath Area, 'Wath tick' number 186. It was hiding away in the eastern corner of Wombwell Ings, a ridiculous feat in itself in this flood basin.

Two trips out east 1) 'Spurn' produced Red-backed Shrike at Kilnsea and Little Stint, Spotted Redshank and Black-tailed Godwits near the main Beacon Pond. Passage slight, nice to see a couple of Spotted Flycatchers. 2) A late afternoon/early evening seawatch at Flamborough once the rain had cleared was slow on Bank Holiday Monday despite the wind having turned NNW overnight. A lone Manxie, 3 or 4 Arctic Skuas, several waders including Whimbrel south were highlights. 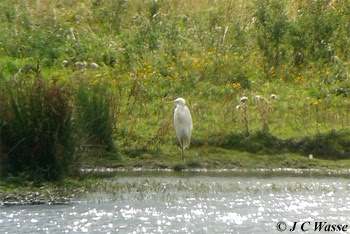 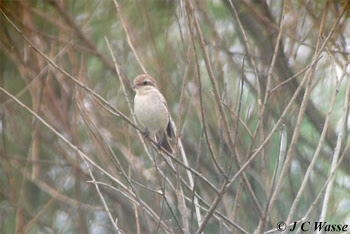 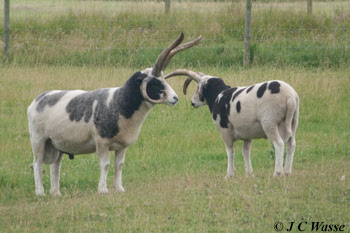 The best to last as on Tuesday 01 September 2015 'skywatching' on the South Yorkshire moors saw my dad and I connect with 9 species of raptor, the star being an Osprey slowly gliding south over the moorland edge drifting towards Sheffield (11:35-11:45) at our first stop. Earlier a passage 'cream crown' Marsh Harrier lingered for a while. Buzzards, Kestrels and a Sparrowhawk were present and an immature Peregrine was perched up at distance. Joined by DS at the second stop early afternoon and as the air warmed more raptors took to the sky. At least 4 Buzzards regular around a peak with attendant Kestrels. A Hobby skimmed the tops of the heather for insects occasionally catching them at height as well, eating them on the wing. A stately Peregrine glided by not flapping once. A 'speck' persistently mobbed it. This was a feisty Merlin and was ridiculously tiny when side by side with the wanderer. It persisted with its dive bombing for several minutes before exiting stage right in a fast glide down towards 'Terra firma'. Just before leaving the Red Kite shown below gave us a fly past heading away from the moorlands. Fantastic to see a variety of raptors in an area that has suffered from a decline of these stunning birds. No doubt the change in weather to a partly sunny day, warmer than the weekend and a light NW wind prompted a bit of passage. 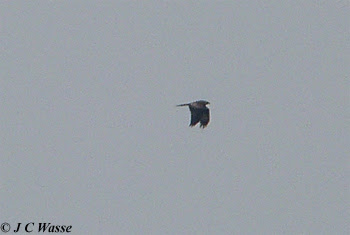