Lost in Leuven, Melancholy in Mechelen and Legging it in Liege 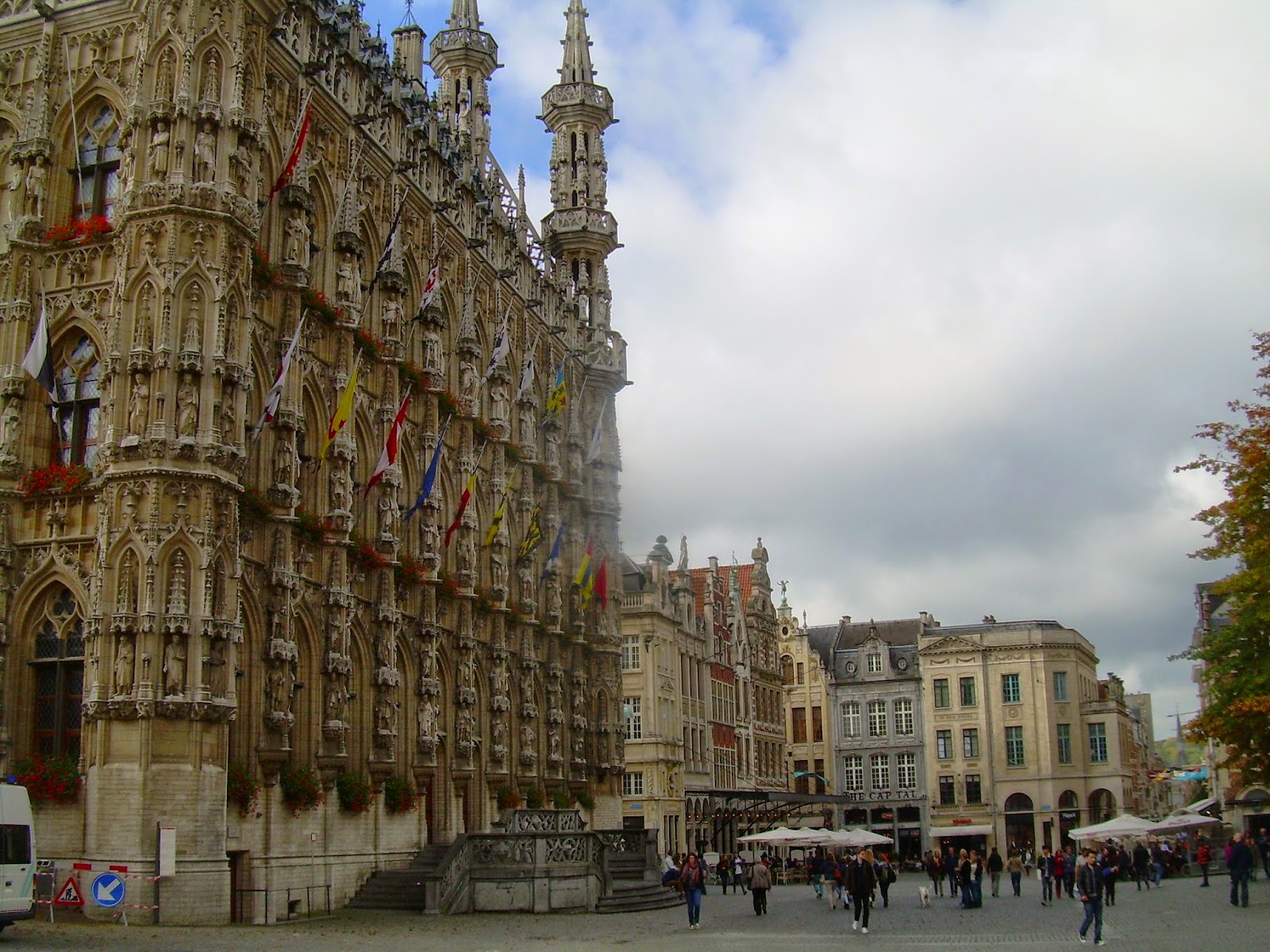 A non-birding weekend watching footy with fellow Owls in Belgium. Friday 17 Oct saw us based in Leuven for the weekend. A beautiful university town east of Brussels. A few beers and a snack in town during the afternoon and then off to see OH Leuven v Excelsior Vitron in the evening. Arriving just in time for KO, after walking the scenic route. OH Leuven let a one goal lead slip and a 1-1 draw resulted from this 2nd Division clash which was noteworthy for a very vocal "shrieking" supporter sat just behind us! 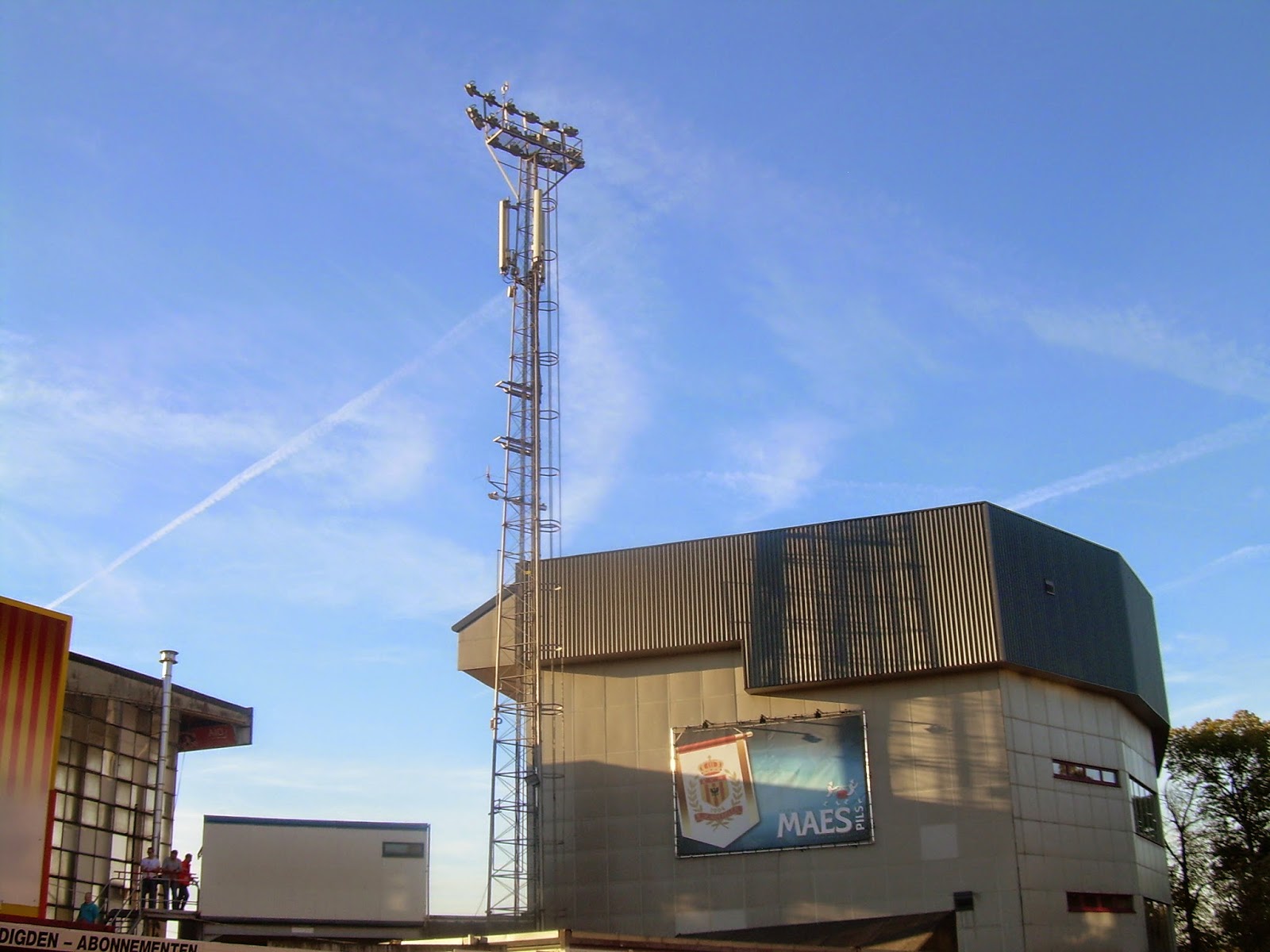 Saturday 18 Oct and on the train to Mechelen. Looked bigger than Leuven but very similar in style with the main square being a draw for tourists and locals alike. It was warm at least 20 degrees, very unseasonal. Word coming in on the interweb of the Owls poor performance at home to Watford. More Belgian beers cheered us up and we were off to see a 1st Division match (Pro League), the locals KV Mechelen hosting Anderlecht. Another 1-1 draw resulted and as the night before the home side let the game slip. A cracking atmosphere. 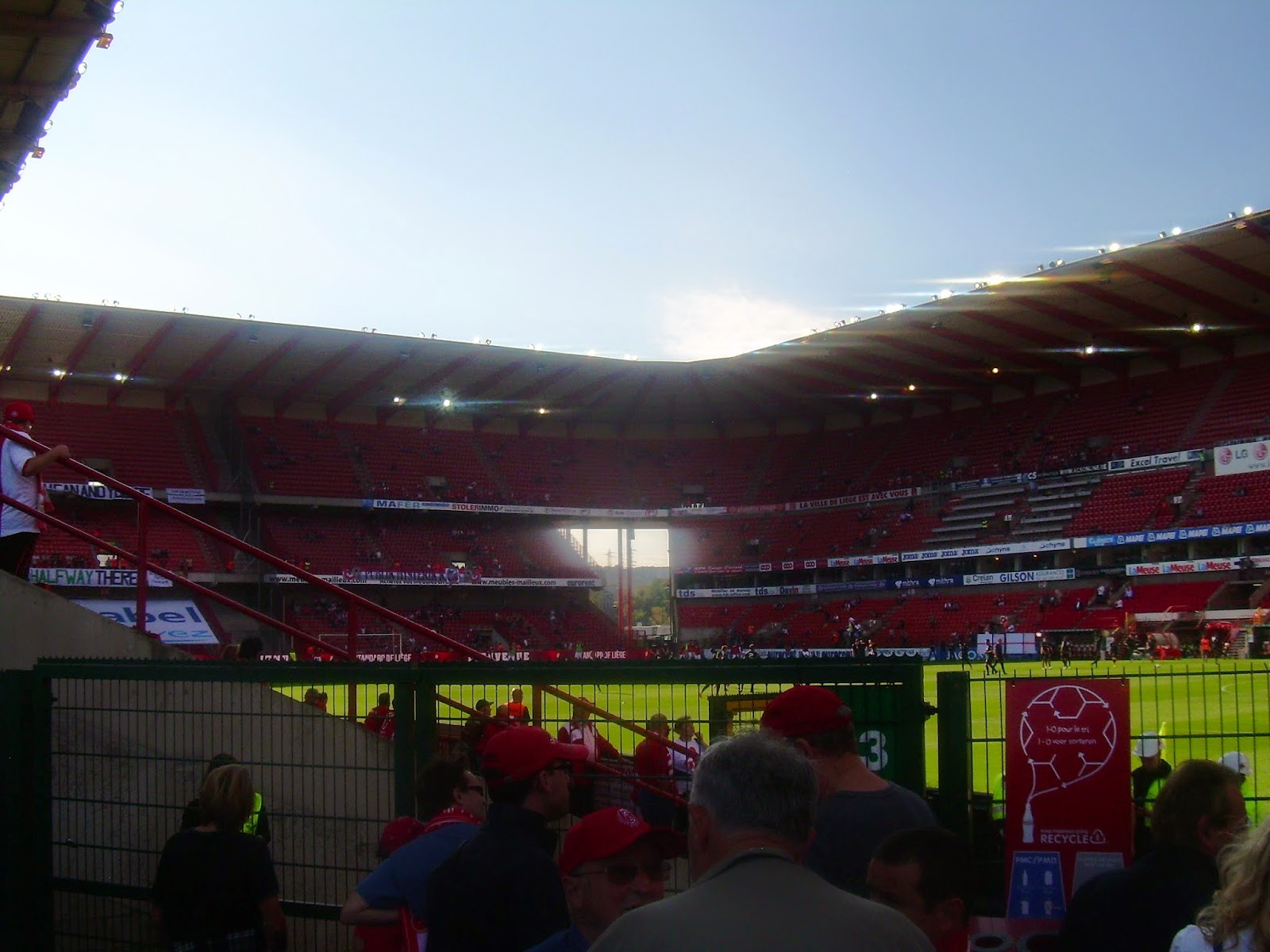 Checked out of the Park Inn and soon off to Liege on the morning of Sunday 19 Oct. No time to see the city of Liege as after the rail trip from Leuven we legged it the couple of miles or so from the out of town railway station to the further out of town stadium home to Standard Liege, located in an industrial estate. The stadium was more typical of the modern day compared with the previous two venues, but this one was vertigo inducing. Very steep and we were right at the top! Standard Liege were poor and after the goalie dropped a cross in the first half they were 1-0 down in this match against bottom of the table Zulte Waregem. The locals weren't happy. We left after about 70 mins in order to make the train back to Brussels and then the Eurostar to the UK with some of the gang staying a further night in Genk instead to see them play later that evening. Not sure on the outcome of the Standard Liege match because after we left two stoppages followed due to protests by some of the home fans against their manager. Standard Liege were 2-1 down at the end, but did the result stand as the last stoppage was at 90 mins?


A non-birding trip but I did note a decent movement of Redwings and Song Thrushes overnight on the 2 nights.